TRINITI was among the companies who established the Rail Baltica Business Network in Estonia (RBBN) www.rbbn.ee already back in 2015. At its annual meeting the members of the business club heard presentations on the progress of the Rail Baltica (RB) project in Estonia. 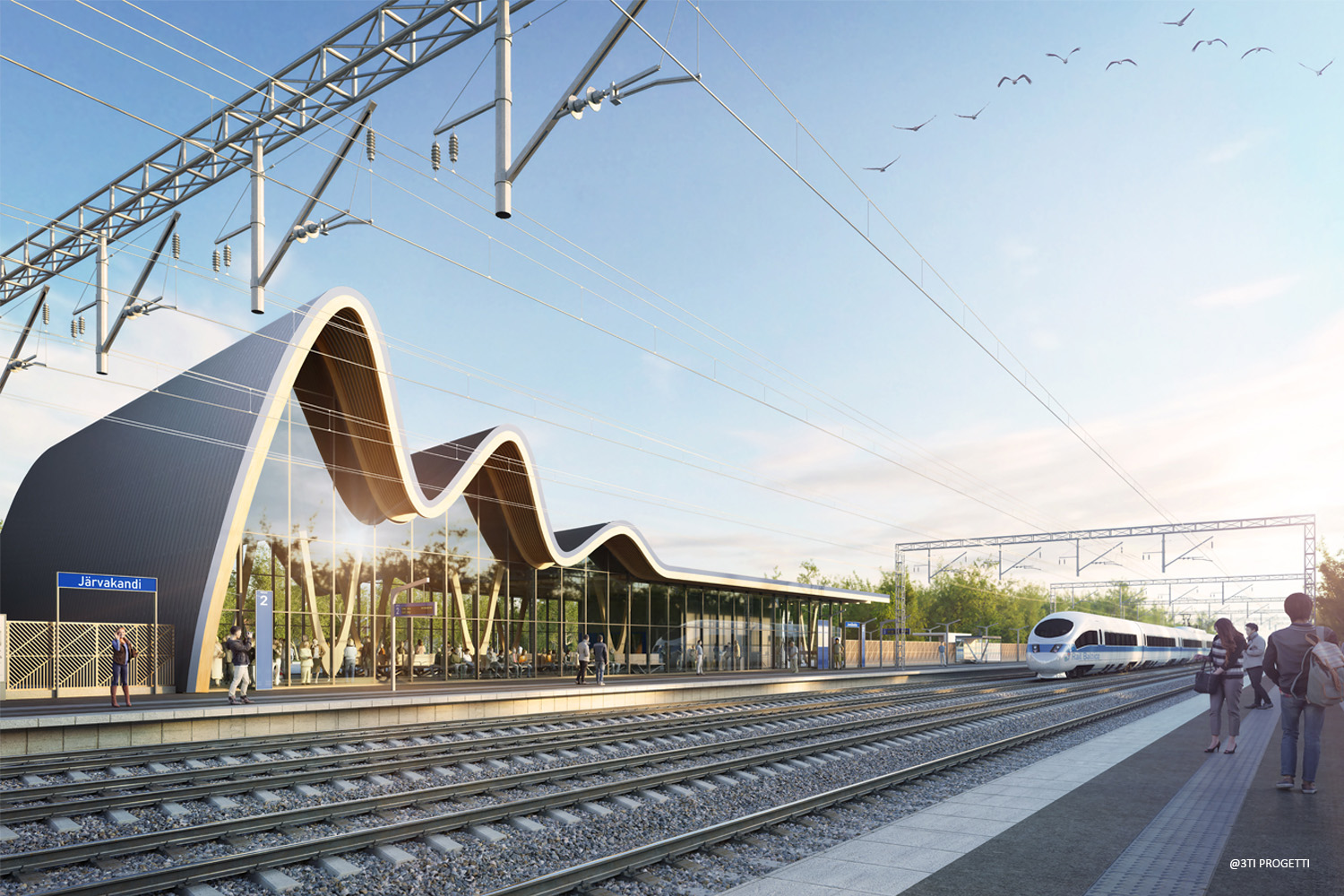 According to Tõnu Grünberg, the new chairman of the management board of Rail Baltic Estonia OÜ (RBE), all the major projects of the Estonian section of RB (main line, passenger terminals) are already covered by design contracts. Preparatory activities for the construction works are well underway and cooperation agreements with strategic partners (Estonian Road Administration, high-voltage power grid operator Elering and others) have been entered into.

Ülemiste terminal will be designed by internationally renowned architects

The new architectural competition for the RB joint terminal to be built in Tallinn at Ülemiste has been successfully completed. To that regard also lawyers from TRINITI were able to contribute by advising RBE in proceedings at the public procurement arbitration panel. The lead designer for the Ülemiste terminal has been chosen, and the concept design has been completed by the architects of the leading international architectural firm Zaha Hadid. The detailed plan and the design of the terminal itself will be produced in 2020–2021 and preparation for the stage I construction procurement will follow thereafter.

A tramline actively used by both locals and visitors to the capital was built between the city centre and Tallinn Airport a few years ago with the help of RB funding. The estimated cost of the approximately 2 kilometre long new tramway connecting the Tallinn Old City Harbour and the city centre (as well as the Ülemiste joint terminal) to also be built under the RB project is approx. 20 million euros, of which 85% is requested from the Connecting Europe Facility (CEF). The design of the new tramway is planned for 2021, construction work should take place in 2022–2023, and the first tram should hopefully reach the harbour in 2023.

The preferred solution for the Muuga terminal has already been chosen in cooperation with the Port of Tallinn and Estonian Railways, an operational analysis has been prepared for it and a design procurement has been announced. The design contract is planned to be entered into this autumn already, and the design should be completed in 2021.  The largest objects to be built in Muuga will be the Maardu road junction and the associated utilities. To this end, a new road viaduct will be built on Põhjaranna road, which necessitates the demolition of the existing viaduct, and a tunnel will be built for the existing 1520 mm track gauge railway in order to connect the western part of the harbour with the freight station. The scope of the impressive construction project in Muuga constitutes approx. 10 km of 1520 mm railways, 35 km of the new 1435 mm track gauge railways, 14 station tracks, maintenance depot building and infrastructure, and the traffic control centre.

Pärnu shall have a contemporary RB terminal

At the end of 2019, a contract was entered into for the design of the RB Pärnu passenger terminal. The traffic solutions and terminal functions were specified in cooperation with the local government on the basis of the concept design, as a result of which the preliminary design of the terminal has been completed and preparations for the detailed technical design are underway. This will be followed by acquisition of the required land and preparations for the stage I construction procurement in 2021. In addition, a freight terminal has also been planned for Pärnu.

Ülemiste may become the main depot for RB

The detailed plan of the Ülemiste rolling stock depot has been adopted and the required land has been acquired for the state. The concept design of the depot has been drawn up to enable the depot to function as the main maintenance depot for RB. Preparations for the design procurement which is planned to be announced this year are underway. The design of the depot should be completed in 2021. The designed area is planned to be increased in order to ensure the possibility of expanding the depot in the future.

There has been a lot of talk recently about local stops on the RB railway line as the railway to be built will have sufficient capacity to also service local passenger traffic. As such, the development of a basic solution for local train stops as well as specification of an optimal solution with the local governments is ongoing and preparing the design procurements is in progress. Altogether 12 local stops are planned to be created along the entire railway line in Estonia.

Construction of the RB main line objects has started

As for the RB main line in Estonia, design contracts have been established for all sections and concept designs have been completed for two sections. The construction of urgent projects (road viaducts, ecoducts for animal crossing, junctions with other infrastructure objects: power lines, gas pipelines, etc.) has partially begun.

Several supporting analyses have been completed (e.g. the usability of oil-shale waste rock in the RB railway embankment, monitoring and restoration of wood grouse habitats, etc.). Preparation and announcement of the construction procurements for several further objects (bridges, viaducts, etc) is planned for this year, the design and environmental impact assessments will continue in 2020–2022.

Evidently the construction of the project of the century in the Baltics – the new Rail Baltica railway is progressing well in Estonia. Do not hesitate to contact us if you have any legal questions concerning Rail Baltica or if your company wishes to join the Rail Baltica Business Network.